Powering On with Grid-Forming Inverters

Powering On with Grid-Forming Inverters

To restart the grid after a blackout, grid operators must first turn on a conventional energy source, like a coal or natural gas plant, before they can add other energy sources, like solar and energy storage, to the grid. In the newly published Research Roadmap on Grid-Forming Inverters, researchers from National Laboratories, universities, and the U.S. Department of Energy (DOE) Solar Energy Technologies Office (SETO) outline a plan to use renewable energy to jump-start the grid by taking advantage of an essential piece of connection equipment known as an inverter.

Inverters provide the interface between the grid and energy sources like solar panels, wind turbines, and energy storage. When there is a large disturbance or outage on the grid, conventional inverters will shut off power to these energy sources and wait for a signal from the rest of the grid that the disturbance has settled and it is safe to restart—known as “grid-following.” As wind and solar account for increasing shares of the overall electricity supply, it is becoming impractical to depend on the rest of the grid to manage disturbances. Grid-forming inverters are an emerging technology that allows solar and other inverter-based energy sources to restart the grid independently.

The electrical grid is separated into transmission and distribution systems. The transmission grid is the network of high-voltage power lines that carry electricity from centralized generation sources like large power plants. These high voltages allow power to be transported long distances without excessive loss. The distribution grid refers to low-voltage lines that eventually reach homes and businesses. Substations and transformers convert power between high and low voltage. Traditionally, electricity only needed to flow one way through these systems: from the central generation source to the consumer. However, systems like rooftop solar now require the grid to handle two-way electricity flow, as these systems can inject the excess power that they generate back into the grid. See an infographic that explains how the grid works.

Since solar energy can only be generated when the sun is shining, the ability to store solar energy for later use is important: It helps to keep the balance between electricity generation and demand. This means that developing batteries or thermal storage is key to adding more solar.

The electrical grid must be able to reliably provide power, so it’s important for utilities and other power system operators to have real-time information about how much electricity solar systems are producing. Increasing amounts of solar and DER on the grid lead to both opportunities and challenges for grid reliability. Complex modern grids with a mix of traditional generation and DER can make responding to abnormal situations like storms or blackouts more difficult. However, power electronics have the potential to collect real-time information on the grid and help to control grid operations. In fact, special “grid-forming” inverters could use solar energy to restart the grid in the event of a blackout.

← Prev: How Cheap and Abundant Can Clean Power Get? 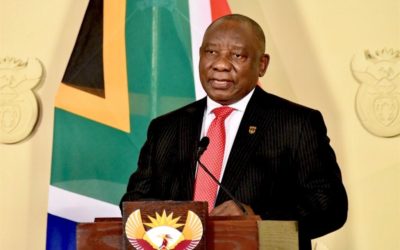